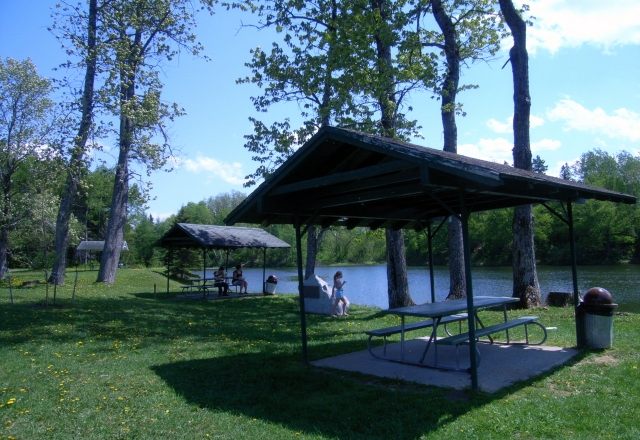 Constructed on the shores of Presque Isle’s original public water supply, this 46-acre park located at 110 Pine Street was initiated in 1952 by the Presque Isle Lions Club. Prior to that time, the site had been widely used as an extremely popular picnic and social gathering area, dating back to the turn of the century. The park is located at the easternmost end of Pine Street.

According to the Maine Department of Inland Fisheries and Wildlife (IF&W), Mantle Lake and Kennedy Brook have value as a cold water fishery; presently fishing is restricted to those persons under age 16 and those who hold complimentary licenses issued by IF&W. The lake, however, has had a severe problem with excess nutrients which cause massive algae blooms and hinders the fishing. In 2006, with the combined efforts in planning and funding, particularly from the Presque Isle Rotary Club and the Emily & Mark Turner Library Trust, the entire lake was drained and the accumulated sediment was dredged from the lake bottom. In the fall, Mantle Lake was refilled and now once again serves as the beautiful centerpiece of Mantle Lake Park.

Mantle Lake Park is a popular gathering spot for many functions, some of which include class reunions, work functions and birthday parties. Reservations for use of the kitchen pavilion can be made by calling the recreation office at 764-2545.